In this tutorial i will show how to add hosts in fog server version 1.2.0.Before that you need to know about fog server.

FOG is a Linux-based, free and open source computer imaging solution for Windows XP, Vista and 7 that ties together a few open-source tools with a php-based web interface. FOG doesn't use any boot disks, or CDs; everything is done via TFTP and PXE. Also with fog many drivers are built into the kernel, so you don't really need to worry about drivers (unless there isn't a linux kernel driver for it). FOG also supports putting an image that came from a computer with a 80GB partition onto a machine with a 40GB hard drive as long as the data is less than 40GB.
Fog also includes a graphical Windows service that is used to change the hostname of the PC, restart the computer if a task is created for it, and auto import hosts into the FOG database. The service also installs printers, and does simple snap-ins.
Now let me explain how to add hosts in open source fog server.
STEP 1:
Open the fog server in address bar of the browser.For example http://localhost/fog/management (Note: change localhost as your server ip address or servername). Below image is the fog server's dashboard. 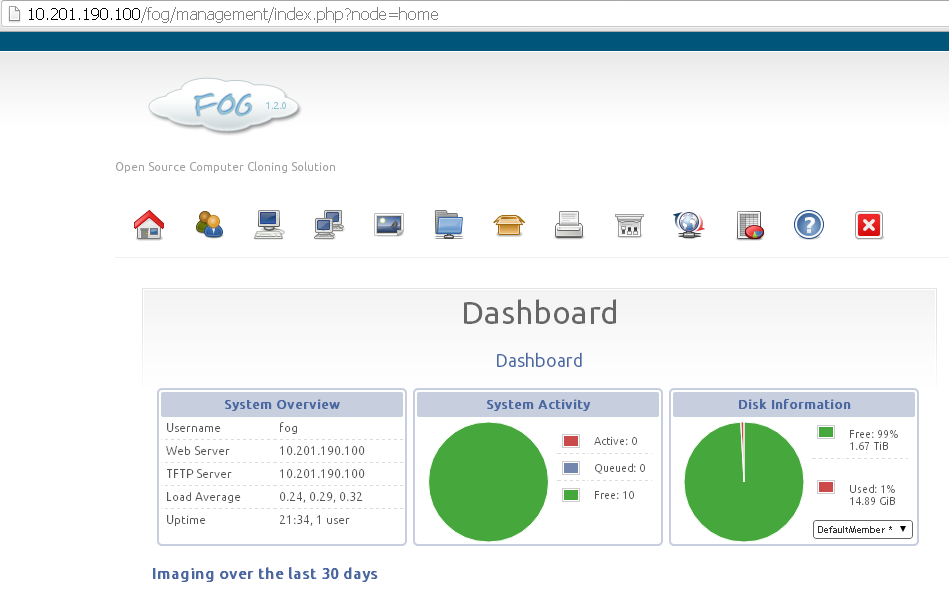 STEP 2:
Click "Host Management" icon as shown in the figure.It will show some menus in left side. 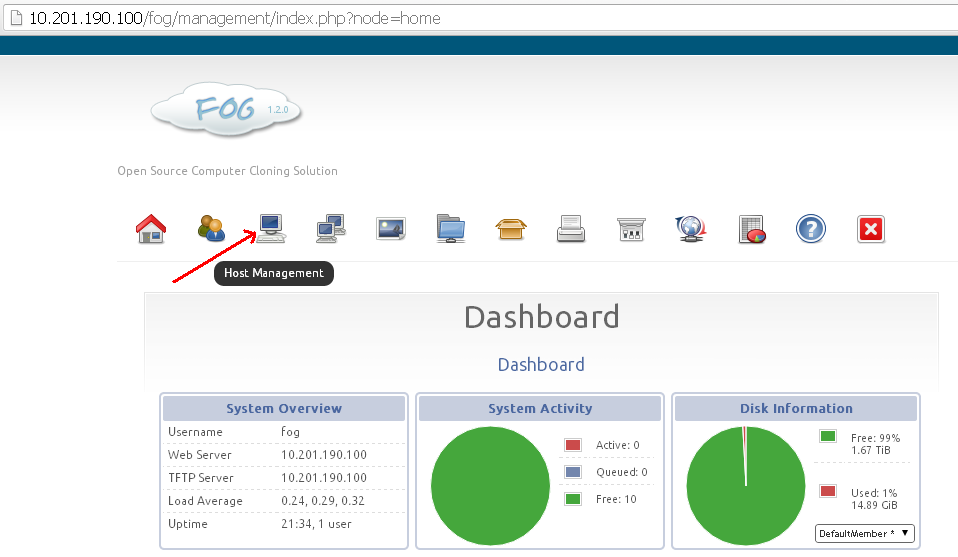 STEP 3
Click "Create new host" menu in left side of the dashboard.It will open another page to enter the host details. 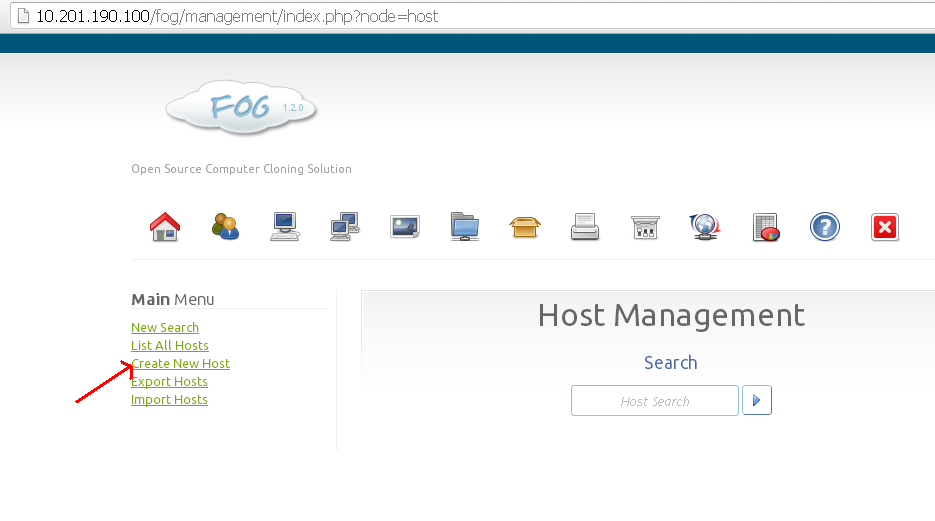 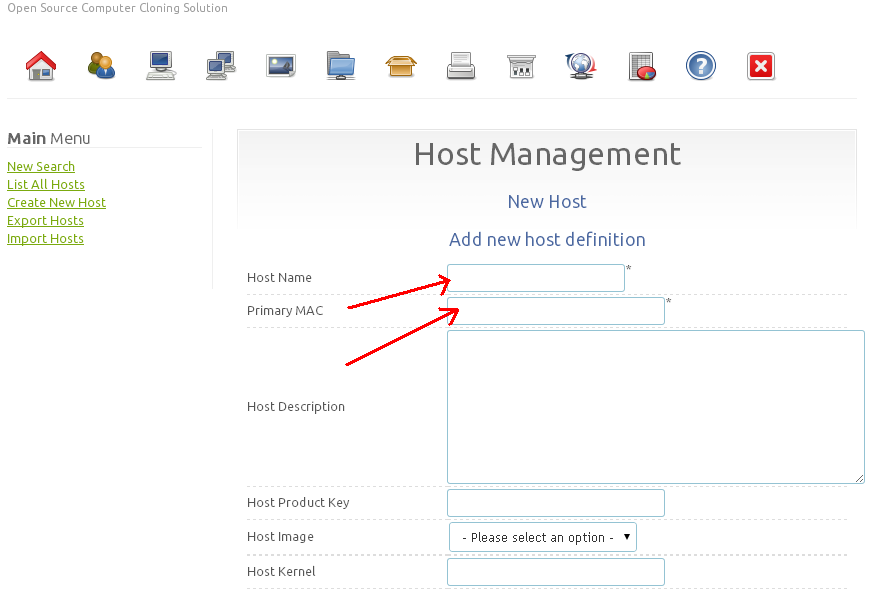 After adding hostname and mac address click "ADD" button in the bottom."Host added"message will be displayed in top of the window as shown below. 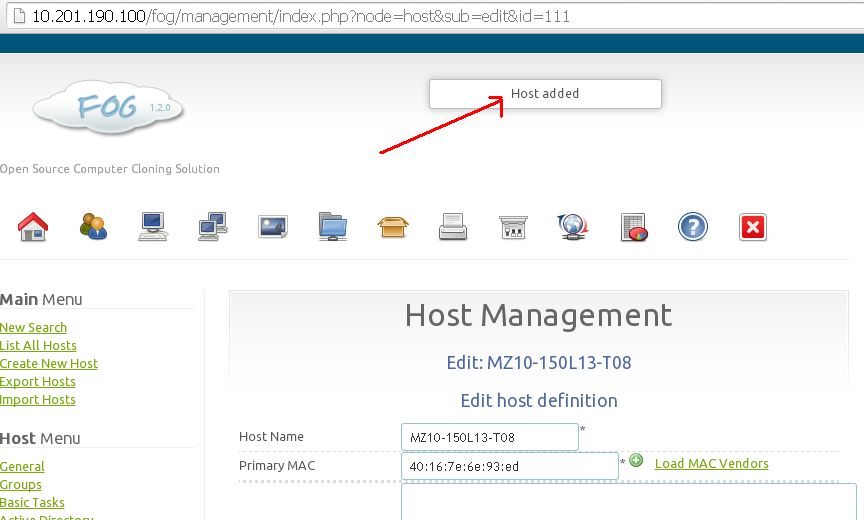 STEP 5:
To list all the host entered Click "List all hosts" menu in the left side.It will lists details of all the systems we added as shown below. 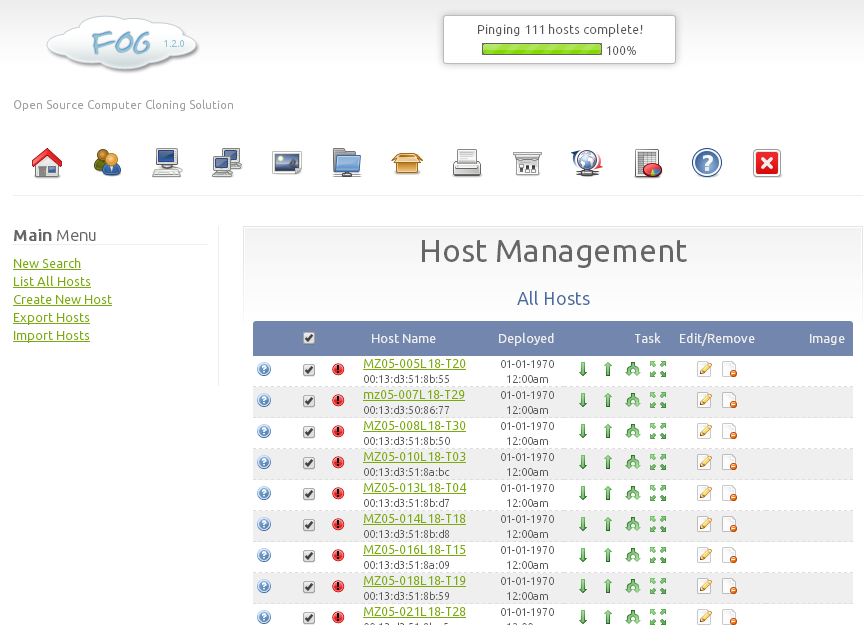