Here is the list of Best open source audio video transcoder for Windows, Linux and Mac to convert media files to any other format such as to play in any device like TV, CD player, mobile phones or in computer PC.If you need the best media convertor software list which are free, then this article is your destination. 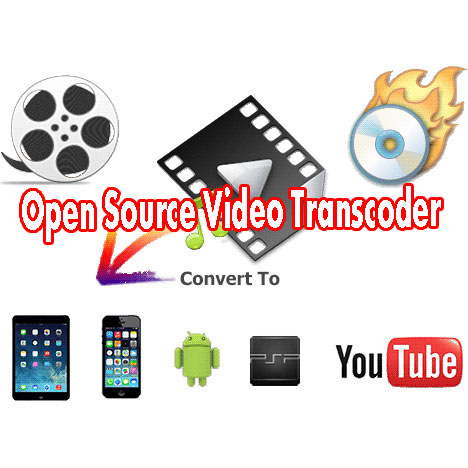 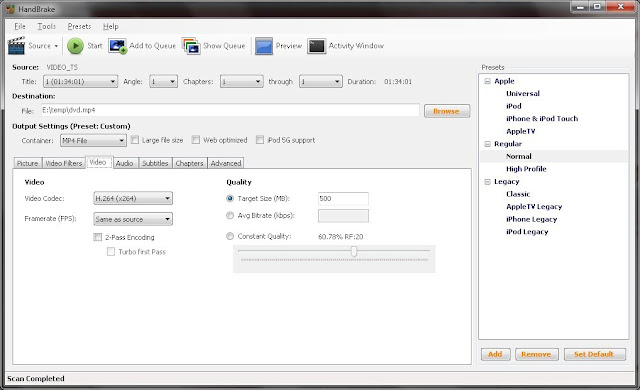 Handbreak is one of the top most Open source multi platform video transcoder which supports all video formats.The output video formats are MKV, MP4 and supported video encoders are MPEG-4, H.265, H.264 and Theora.The previous and old versions of Handbreak are also can be downloaded from Here. 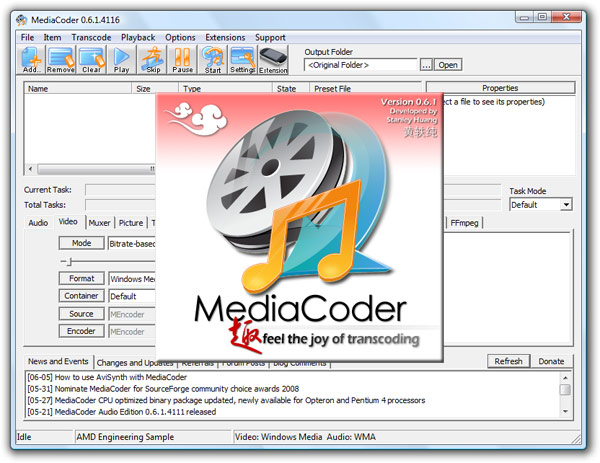 WinFF is open source and cross platform video converter and transcoding application which supports Linux(Ubuntu) and Windows(Windows 95,98,xP,7,Vista and windows 8).Winff was written in Free pascal, the pascal compiler and Lazarus.WinFF works by making a batch file that runs in the command-line, designed to launch the command-line tool with given settings from a preset.

Codem is free and flexible open source media transcoder which was written in node.js.It uses ffmpeg for transcoding.Codem is also known as codem-transcode which was released under MIT License. 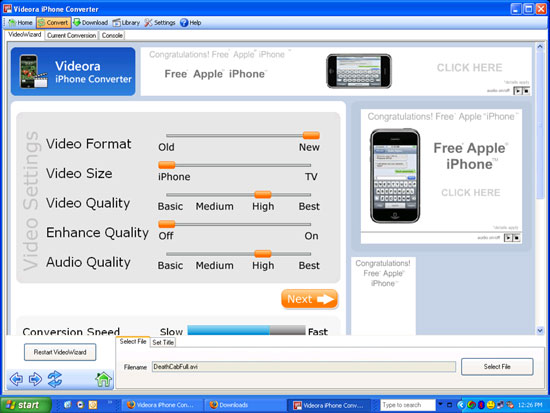 Videora Converter is a free video converter that converts video files, YouTube videos, movies and DVDs so you can play them on your video playing device (PSP,PS3,Xbox360,iPod,iPhone, other cellphones). The software can convert all types of video files (avi, divx, xvid, flv, x264, vob, mpeg, DVDs, YouTube, etc.) into the proper video formats that play on your video playing device. It is available for Windows and Mac. 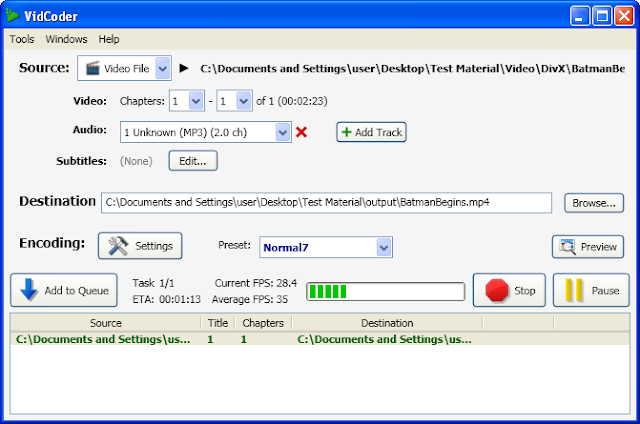 VidCoder is an open-source DVD/Blu-ray ripping and video transcoding application for Windows. It uses HandBrake as its encoding engine.It was multi-threaded video converting application and used batch encoding. 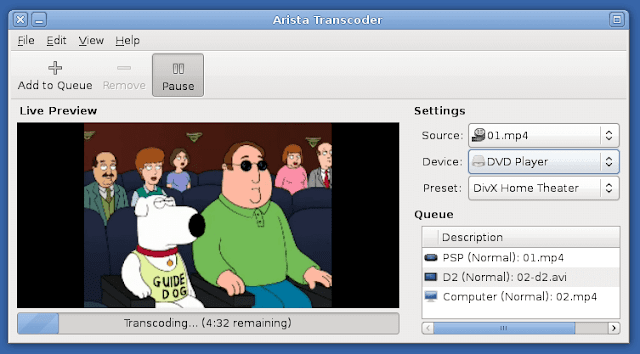 Arista is one of the open source digital media transcoder for gnome desktop users.It converts videos for devices such as Android, Computer,DVD,iPhone/iPod/iPad, Nokia N Series, Web. 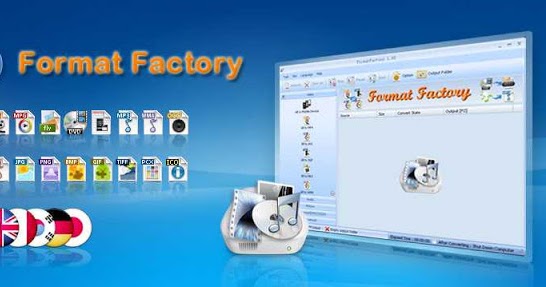 Format Factory is a free video, audio and image transcoding application for windows.It converts all videos to MP4/3GP/MPG/AVI/WMV/FLV/SWF and all audios to MP3/WMA/AMR/OGG/AAC/ WAV. 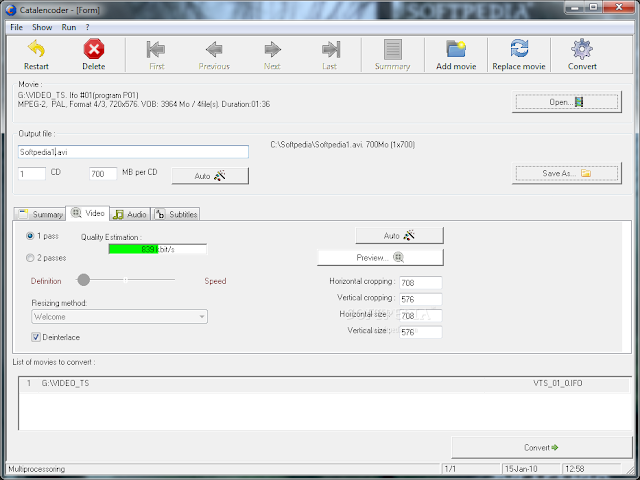 Catalencoder is a very easy to use DVD ripper. By using Catalencoder you can convert your favorite DVD in a DivX/XviD video file with simple ways. 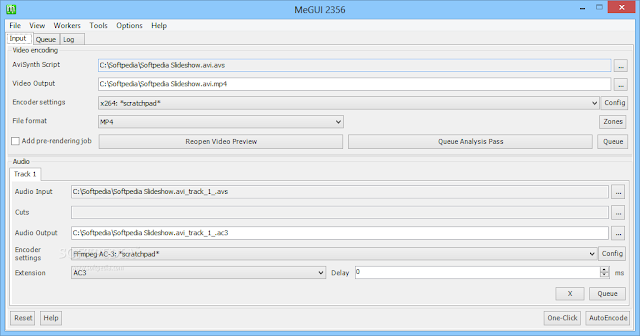 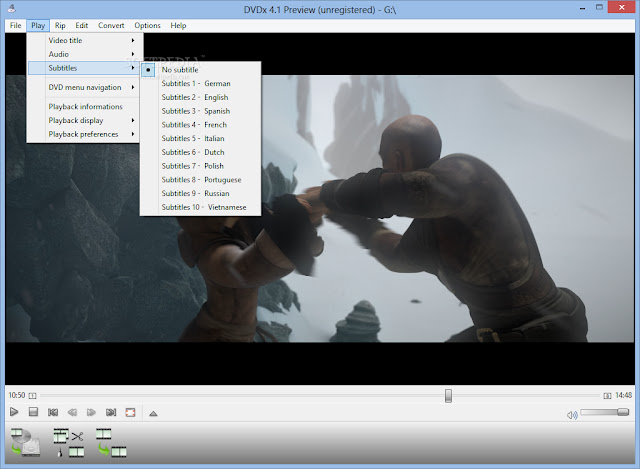 DVDx is an all-in-one DVD and Blu-ray copier as well as a powerful audio/video transcoder. Not just a media transcoder and DVD/Blu-ray copier, DVDx 4.1 includes an easy-to-use video editing toolset and a full-featured DVD and video player.It is pure open source software for video converting.